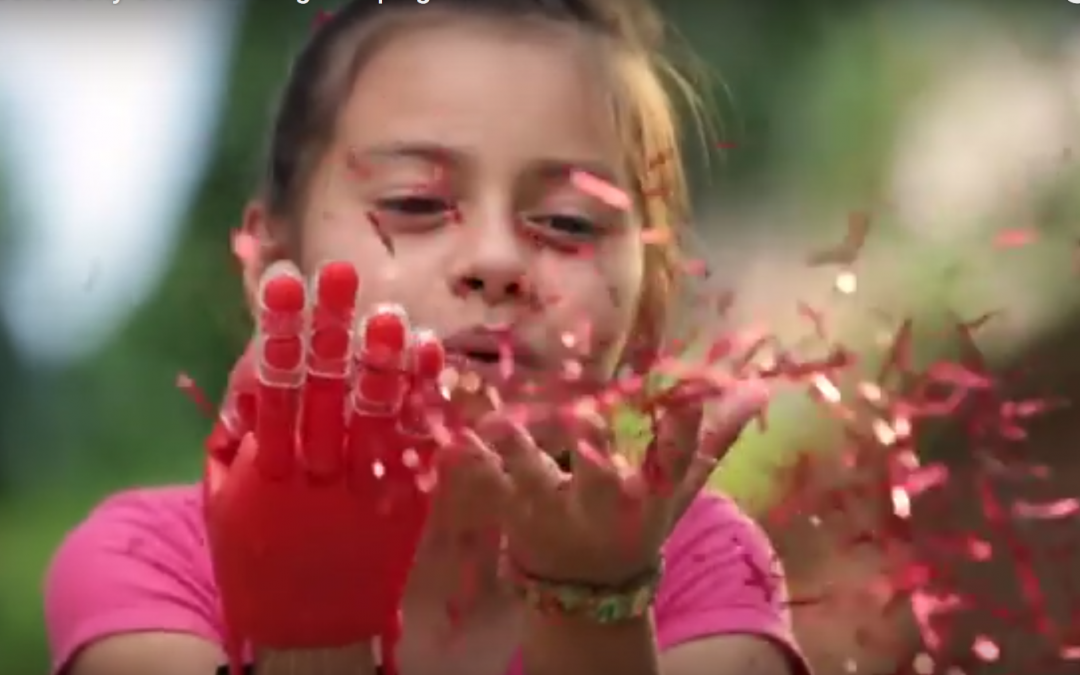 I had the opportunity to meet Eric Dijkhuis when he was visiting Seattle as part of the Young Leaders of the Americas Initiative, sponsored by the U.S. Department of State. He shared his story of how he and Fernando Vallese created a non-profit to create affordable prosthetics for children and teens, overcoming technological and financial obstacles that would be daunting to any entrepreneur. 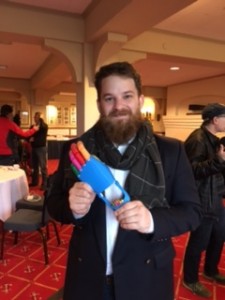 I didn’t have anything to take notes on at the time, so I am sharing this account from enablingthefuture.org:

In early 2014, medical student Eric Dijkhuis and electronic engineer Fernando Vallese, both from Paraguay, found themselves on the enablingthefuture.org website and explored the e-NABLE Community Google+ group where approximately 200 volunteers (now over 6500!) had started gathering and planning ways in which they were going to “change the world” with 3D printed hands. The pair immediately volunteered to be translators and volunteers for the community with the aim to extend e-NABLE’s work into their home country and eventually their non-profit, Po Paraguay, was born.

As it turns out, in Paraguay fewer than 1% of people that need a prosthetic can actually get one. 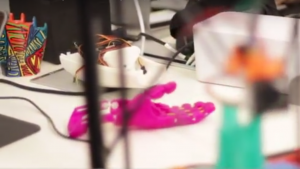 This brought the cost down to about $120 for those who can afford to pay. For those who cannot, Po Paraguay also gives Po’s out for free, through donor support and crowdfunding from their campaign on Indiegogo’s Generosity site.

To solve the distance and time problem Po Paraguay eventually wants to locate prosthesis production closer to where people live, once consistent quality can be assured.

I thought it was pretty amazing that Dijkhuis and Vallese could get around the cost problem, particularly in country where there are few 3D printers, and a fairly undeveloped startup community for that matter.

But the most inspiring aspect of this story, for me, revolves around product design. Instead of assuming children and teens would want to feel “less disabled”, and to fit in with their peers, the founders listened to potential Po recipients and learned that they actually felt empowered by their new hands, and wanted them to stand out. So instead of designing Po’s to look “natural”, the Po’s became pink princess hands, glow-in-the-dark hands, even Iron Man hands. 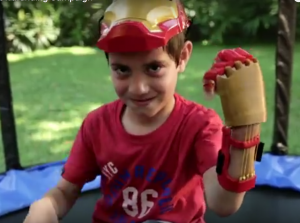 With 3D printing, a non-profit business model, and some creativity, virtually anyone who needs a prosthetic will someday be able to get one – and love the result.

• Po Paraguay identified and tackled the barriers of prosthetic cost, distance, and time, to address the whole problem from the point of view of prosthetic recipients and their families. They approached the question with their heads and their hearts.

• They combined crowdsourcing, an emerging technology and a non-profit business model to overcome their technological and financial challenges.

• They invited recipients to use their fertile imaginations to design their own hands.

Dijkhuis told me their Po’s are built out of the same material used to produce Legos, which I find strangely fitting.

What innovations have inspired you lately? Feel free to comment and share with any organization looking to improve their innovation capabilities.

This post was originally published by the Marketing Executive Network Group.