A Framework for Finding the Right Startup Target 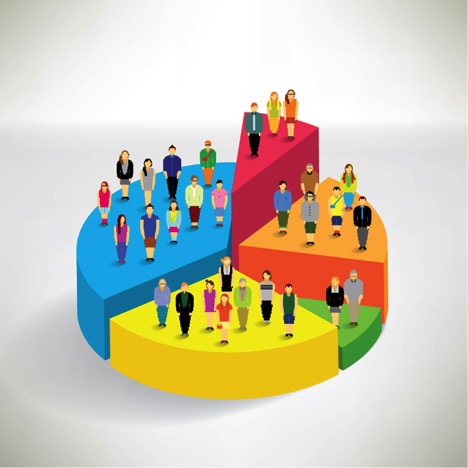 University of Washington Entrepreneur in Residence, Derek Streat, had a daughter who suffered from a rare medical condition. After spending thousands of hours researching her condition and finding it frustrating to have to sift through all the databases for the exact research that pertained to their situation, he was inspired to found Medify.

Medify basically collects these databases in one place and allows people to search on the exact criteria they are looking for. 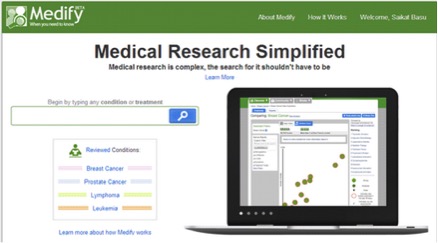 Streat decided to go after the consumer market as a B2C play – the need was clearly there for patients and their caregivers. At that point the question became which medical conditions to focus on – such as Alzheimer’s, asthma, autism, breast cancer, kidney disease, leukemia and lymphoma – so they could build out their databases accordingly. Their VC was strongly encouraging them to focus on one of these segments as an initial target audience.

Startups have a particularly urgent need to get the target right for their innovation, because it affects how they build out their product or service, and they have to show results before they run out of money.

But sometimes its hard to evaluate which target is the most viable. There are often many to choose from.

A framework for thinking about targets

Here is a framework I developed with my various clients over the years to help startups assess the attractiveness of possible targets.

The high level criteria required for a viable target are straightforward:

The real power in the framework is that it allows you to build out each of these four buckets with further qualifying criteria to suit your business situation, as in this example. 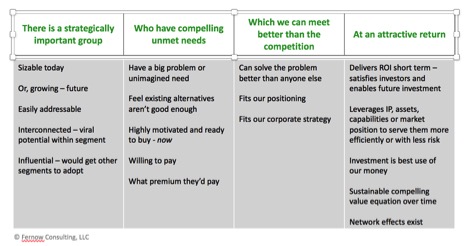 When you find you have two or more equally viable targets, consider what the tie-breaker criteria should be. For startups, it’s often how quickly you can get to market. If you are concerned about showing traction to your investors, a medium-sized target that is willing to buy now is more attractive than a large target that requires a lengthy sales process.

In Medify’s case, once we spoke with the physicians, hospitals, insurers, drug manufacturers and advocacy groups who made up the health care ecosystem, and aligned our findings against this framework, it became clear which conditions – and therefore which target segment – had the most potential for their innovation.  Once they landed on this, they could solidify their value proposition and build out their product offering.

I look forward to hearing your thoughts.

This post was originally published by the American Marketing Executive Circle.