Does This Dress Make My Roof Look Fat? Fashion, Marketing Innovation, and Technology at Nordstrom 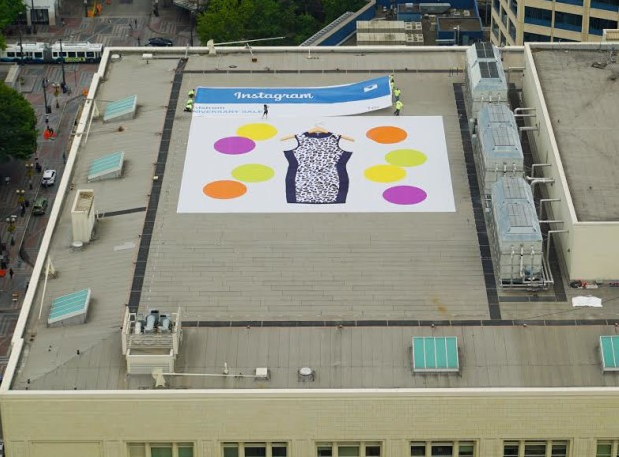 Nordstrom deploys drone and 55′ dress to promote their Anniversary Sale.

Nordstrom has a long standing tradition of high-touch service, but what you might not know – unless you happen to be a customer – is that this retailer is not afraid to experiment with technology and marketing innovation.

Every July Nordstrom holds their Anniversary Sale, where you can shop for fall fashions now.  Anyone who shops at Nordstrom knows that this is an incredible sale. (Full disclosure: Nordstrom is a client and former employer.)

Nordstrom could have continued to promote their Anniversary Sale the way they always have:  Through catalogs, email campaigns, personal calls from sales people—you get the picture.  And they’re still doing that.

But this year Nordstrom’s social media team had a crazy, fantastic idea to install a 14,000 square foot Instagram post on the roof of their flagship store, featuring a 55-foot tall representation of a Leith dress from the sale (complete with a 25 foot hanger!) and send a drone over to record it.

Here is a screenshot of what the drone saw, and the conversation this stunt prompted: 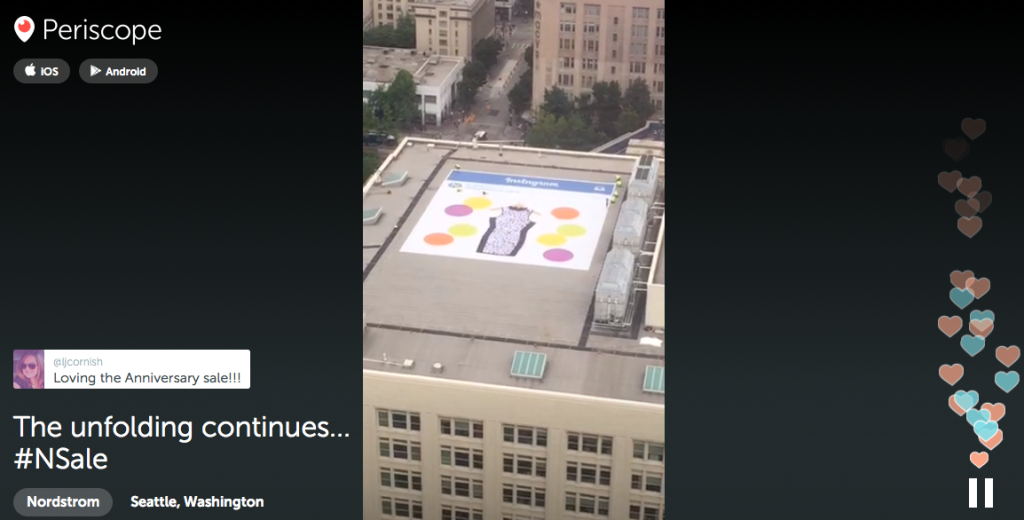 This marketing innovation promotes the sale by reaching one of Nordstrom’s important target audiences in a way that fits their media consumption habits.

“We created this gigantic Instagram post to generate awareness about the Nordstrom Anniversary Sale, our biggest sale event of the year.  We hope to create experiences that allow our customers to move seamlessly between digital experiences like Instagram and our physical stores.”

One of the first permitted drone projects in Seattle, this stunt is fun, newsworthy, and shareable, which means more people will learn about the sale from their friends, the most persuasive “media” of all.

High tech competitor Amazon has made no secret of the fact that they want to deploy drones to make deliveries some day.  Nordstrom could have seen this emerging technology as antithetical to their service model, but instead they went for it.  Using a drone in this high profile promotion shows their willingness to combine technology and fashion—their way.  This helps keep the company relevant to a younger, digitally savvy audience who represent their long-term future.

It is a win from both a short-term promotion and a long-term brand building perspective.

When you see an emerging technology that appears to run contrary to your business model or brand, consider instead how to co-opt it and make it yours.

And don’t be afraid to buzz your neighborhood. 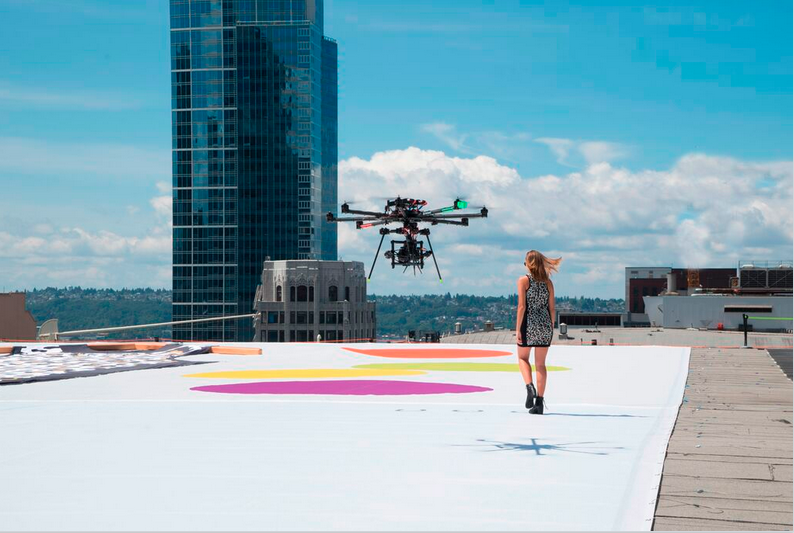 What marketing innovation has inspired you lately?

This post was originally published by the Marketing Executive Networking Group.